FS17 and FS19 in direct comparison

For Farming Simulator 19 we have made a lot of improvements to the GIANTS Engine and the result is impressive. A lot has happened, especially in the so-called post-processing. High Dynamic Range Rendering allows us to display the complete spectrum of colors at the same time, the added Bloom will make light irradiation much more realistic, thanks to SSAO all objects in the game now cast their own shadows, which will be realistically cast thanks to the new Light Scattering technique. The sun on the new dynamic sky now serves as a light source and the clouds, which are now voxel-based 3D objects, reflect the light absolutely realistically.

Finally, we have also made some improvements to the surface textures. Different surfaces now not only look much more realistic, but also react differently to light incidence and reflect light more or less strongly or weakly, depending on the material.

These were a lot of technical terms, but you probably wonder what the result looks like. For this reason we would like to show you the first two comparison screenshots today.

All screenshots were taken at the same time of day, in the same place. We use the Estancia Lapacho, which will be included in both the FS17 Platinum Edition and FS19.

Please note: We are still in a very early alpha phase, so not all the screenshots of the FS19 are final yet. In the further course of development, some changes will follow.

Use the slider to slide back and forth between the FS17 and FS19.

Big news, everyone! Farming Simulator 22 will support crossplay. Find out more in our FAQ! 🥳 >>… https://t.co/CQ6torfNo7

RT @bonsilageusa: We are happy to announce our partnership with the @farmingsim. With the release of #FarmingSimulator22 in Nov., BONSILAGE… 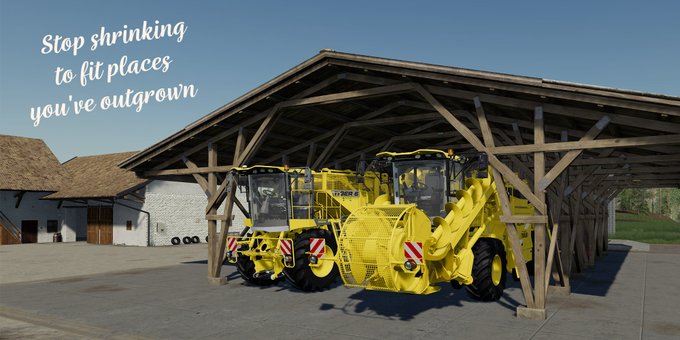