Mind the fact, production chains are still work-in-progress. So, some things may change until release of Farming Simulator 22 on November 22nd.

Let's take the grain mill, for example: The grain mill isn't just a place to sell your wheat, now. It's a production plant and a placeable that processes your grains. Either visit a mill that's already placed on the map, or build one yourself on a piece of land you own. 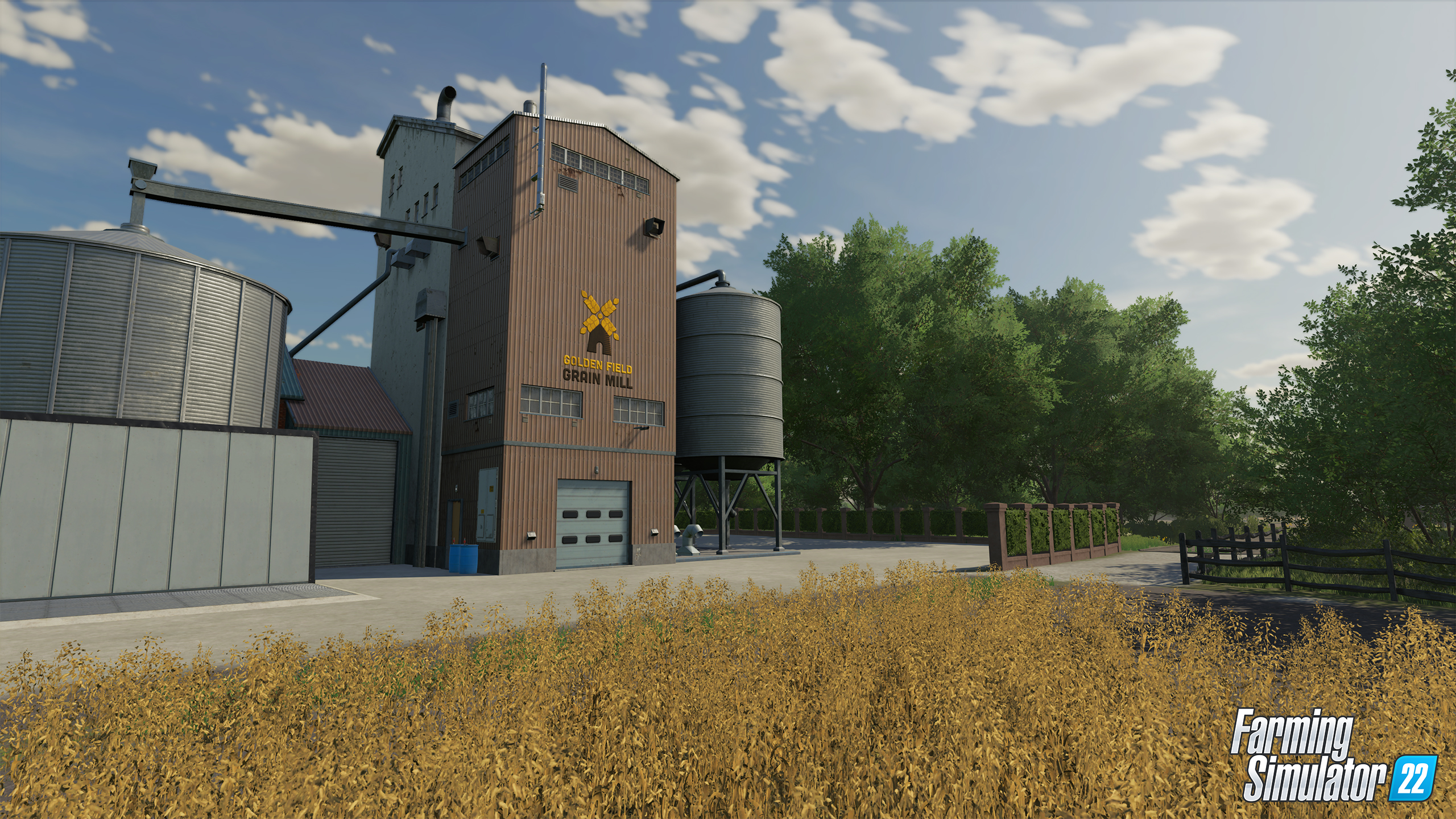 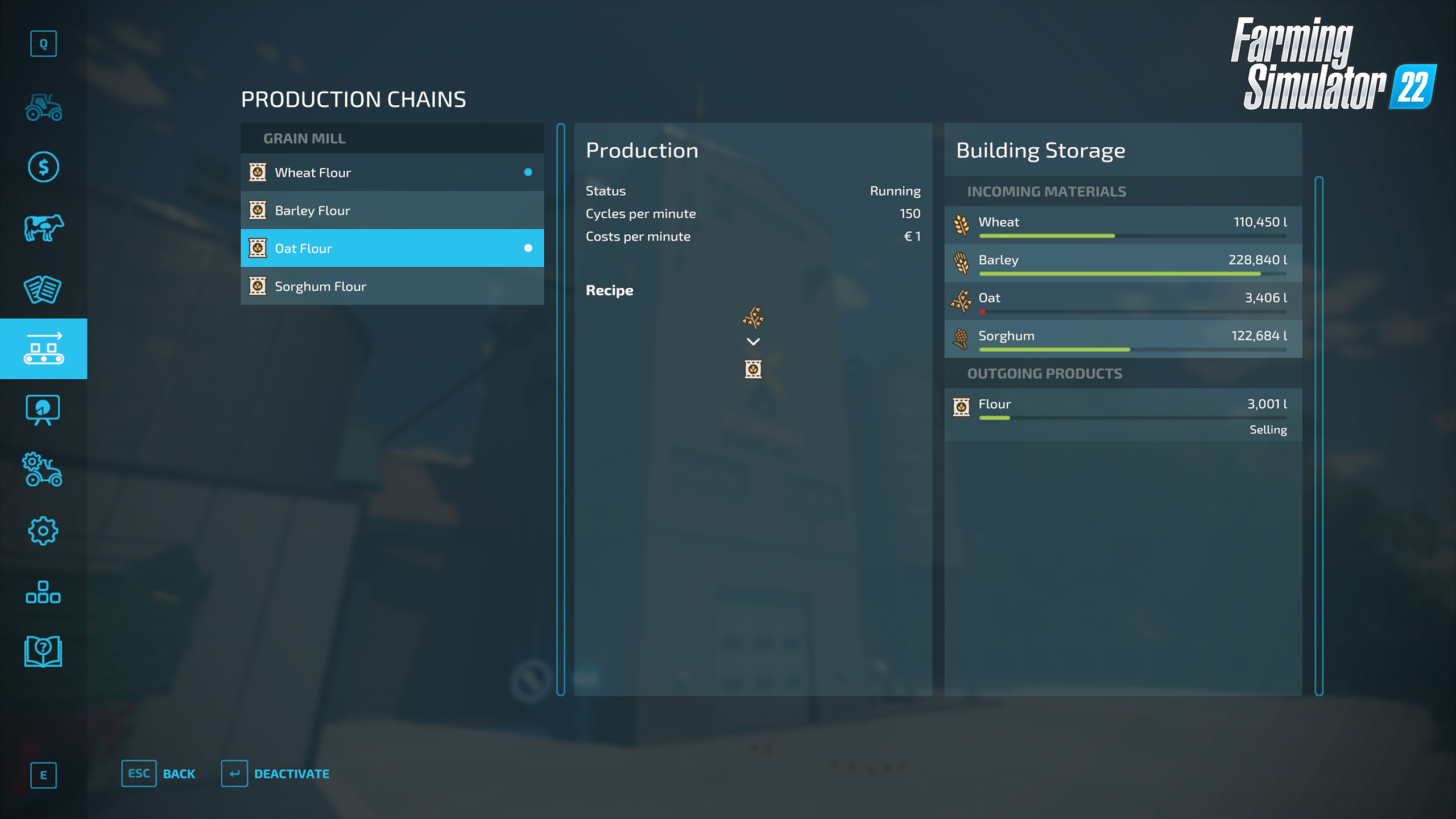 Instead of just selling your wheat after harvesting, you can also transport it to the mill to get some fine flour. Deliver that to the bakery, and you have the option to produce bread, or cake. Most production plants have multiple production chains available, with varying inputs and outputs. They're listed as recipes, showing you what's possible and what's required. 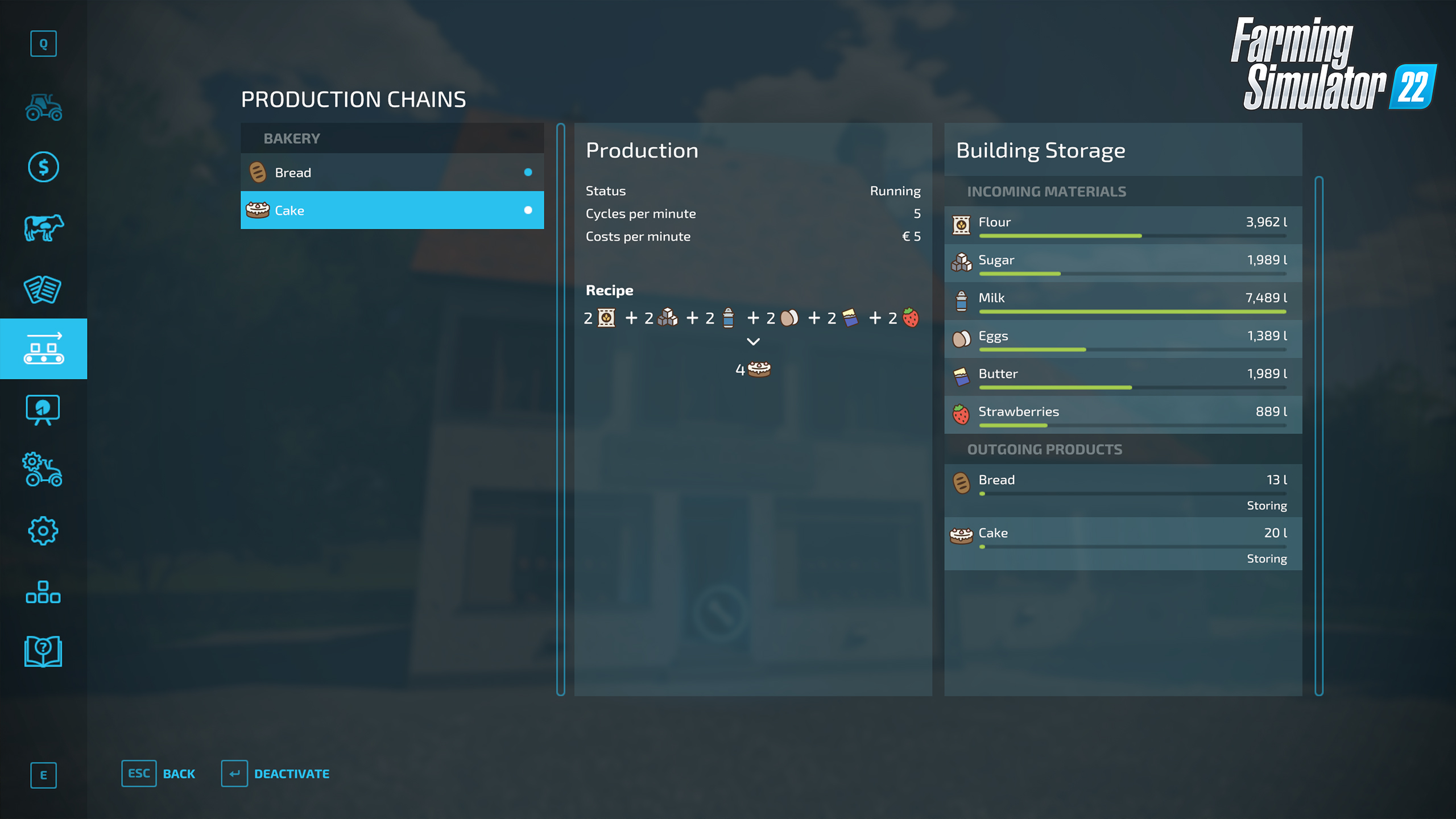 This rather complex production chain requires you to deliver a lot of ingredients which need to be harvested or even produced themselves, first. Like butter, you need to produce at the dairy plant by delivering fresh milk. Maybe you just start with bread, instead, to get the hang of it. Don't worry. You'll get multiple production chains started simultaneously in no time. The delicious (and valuable) cake will be worth it. Take a look: 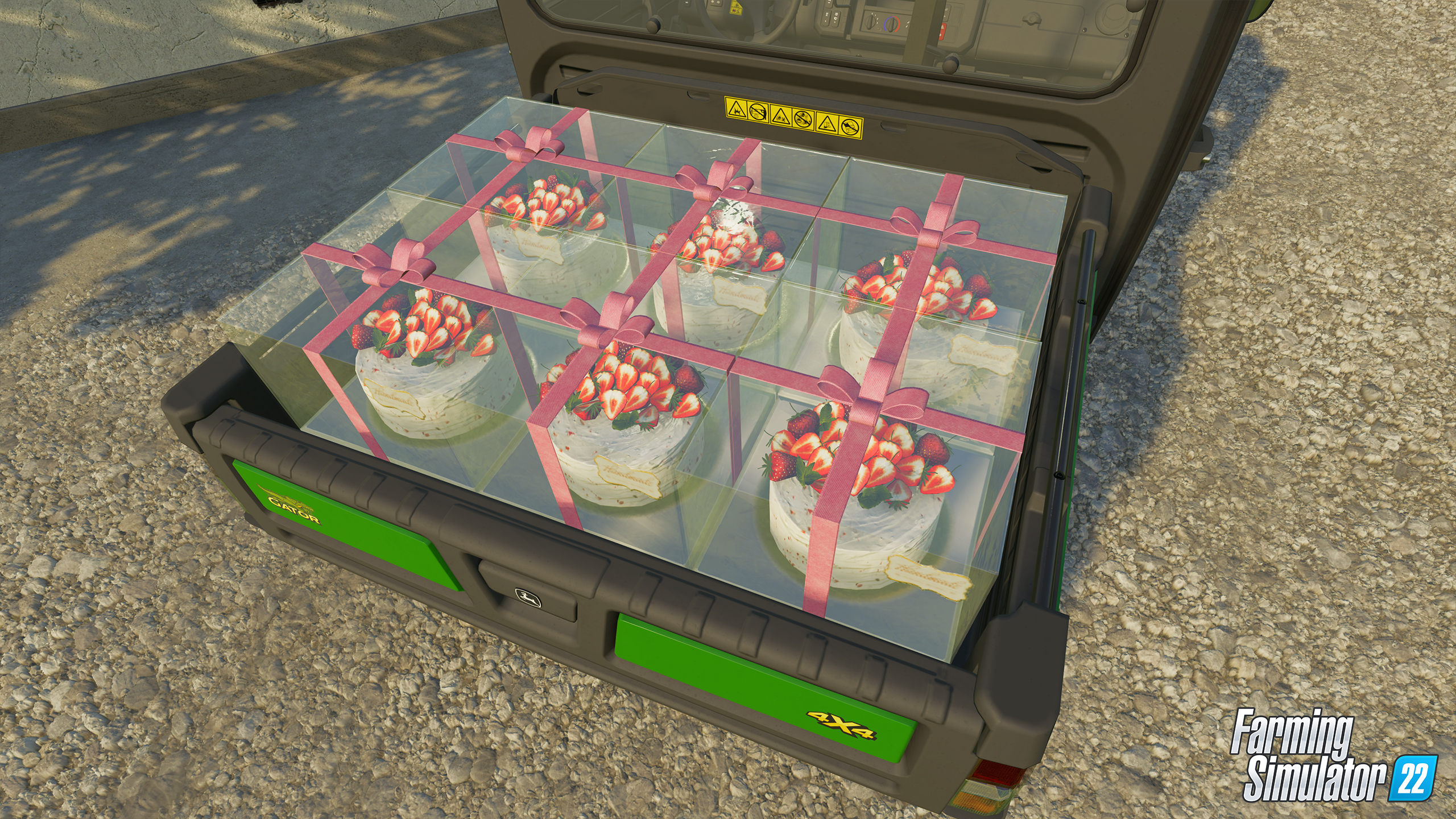 Move the product, and step up production!

After production, you have several options on how to sell it. Either the production plant sells it automatically right away and takes it off your hands, or generates a palette you can move yourself (to generate more money, of course). In most cases, you have the choice where to sell the goods: the supermarket or the farmer's market, for example.

Maybe, to get rid of bottle necked production chains, you even have to build multiple mills, dairies, and bakeries at once to make up for resources not piling up fast enough. Also, you need to think about storage and seek different ways to make most of your resources. Soon enough, you own a whole empire if you're able to manage it efficiently. Get some help by cooperating with other players in multiplayer if you need it!

Pre-order now to get your bonus! 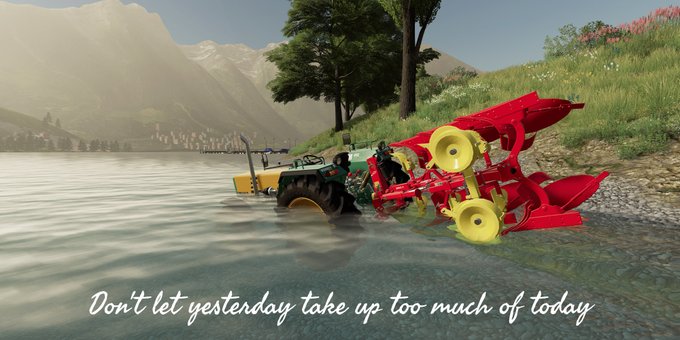 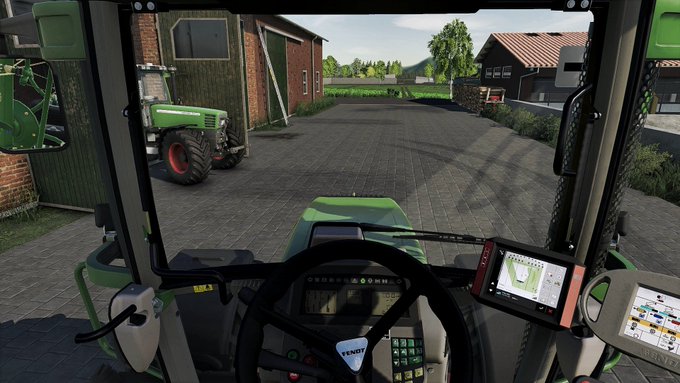