It's an extensive version of Farming Simulator 19, containing both expansions and six DLCs in addition to the main game for a low price, making it the perfect entry to the series. It's also a steal for everyone wanting to own the game and all its content extensions.

That's why we call it the Ambassador Edition - it's basically an envoy for the profession of farming in the form of a packed video game. Hint: it's a perfect gift, if you want to share your love for farming with others.

Farming Simulator 19: Ambassador Edition includes the Platinum and Alpine Farming expansions, enriching the game with a map in the German-speaking Alps as well as a plethora of vehicles and machines. The game is further extended by the additions of Kverneland, Vicon, Bourgault and other industry-leading brands through a diverse set of DLCs - all included in a 2-disc-box.

This totals up to three maps and over 475 authentic machines from world-famous manufacturers. And, of course, there's the almost endless number of user-generated content to enhance the farming experience: thousands of tested and free mods for Farming Simulator 19 are available to download via the in-game ModHub. So, for new and aspiring farmers, the Ambassador Edition of Farming Simulator 19 is a fantastic starting point, lots of content and variety guaranteed.

Get the laundry in before the weather goes bad! #ThrowbackThursday https://t.co/IoMQQ04XHP 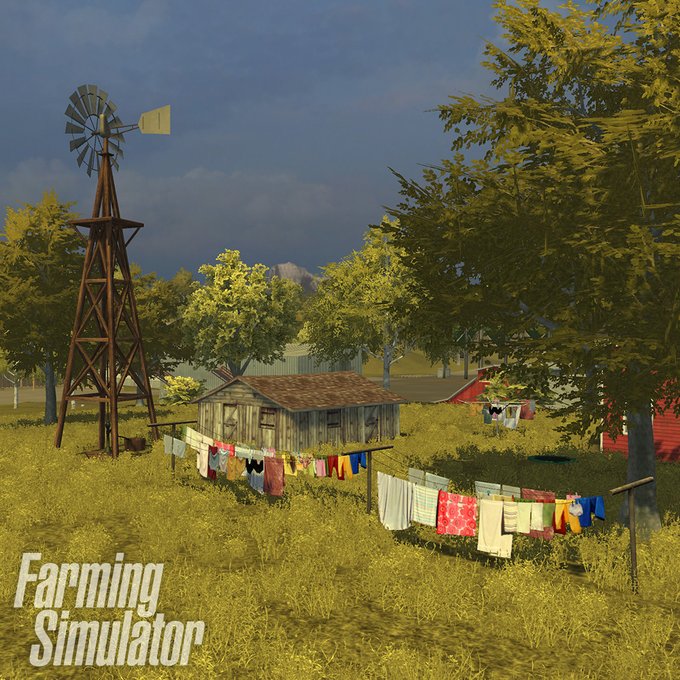 Farming Simulator 19 gets a (self-published) re-release! At participating retailers, a boxed version of the game wi… https://t.co/Y5WsBWYvFA