Welcome to the Farming Simulator Academy! Today, we’re going to give you a short briefing on what the four seasons actually mean for your farm. Let’s start. 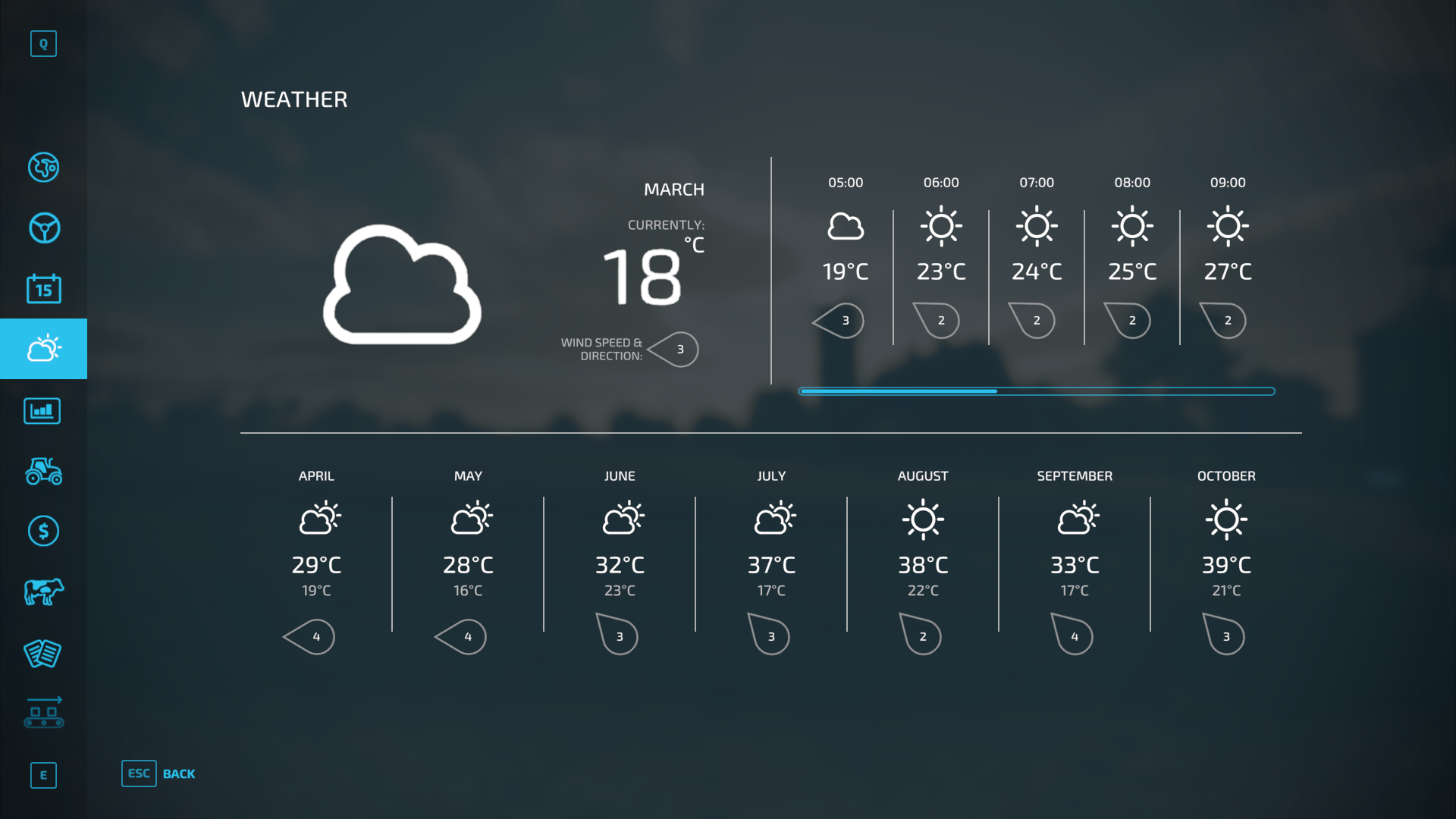 Summer, Fall, Winter, and Spring - that’s the order of the four seasons you will experience as the game starts in August. Each season is not only visually unique, you also have to keep in mind various elements affecting gameplay.

Spring is basically the time to do most of the planting. Most crops are sown between March and June - with some exceptions.

Summer also allows planting various crops, but is most interesting for grassland farming (meaning: food for your animals) and important to prepare for winter.

Fall is harvest season - as most crops are harvested between September and November. You should also prepare for winter, not later than Fall.

Winter means snow and seeking other ways to gain income. Keep your roads clear of snow, feed your animals and focus on greenhouses. You can also start production chains - if you can provide the required resources. 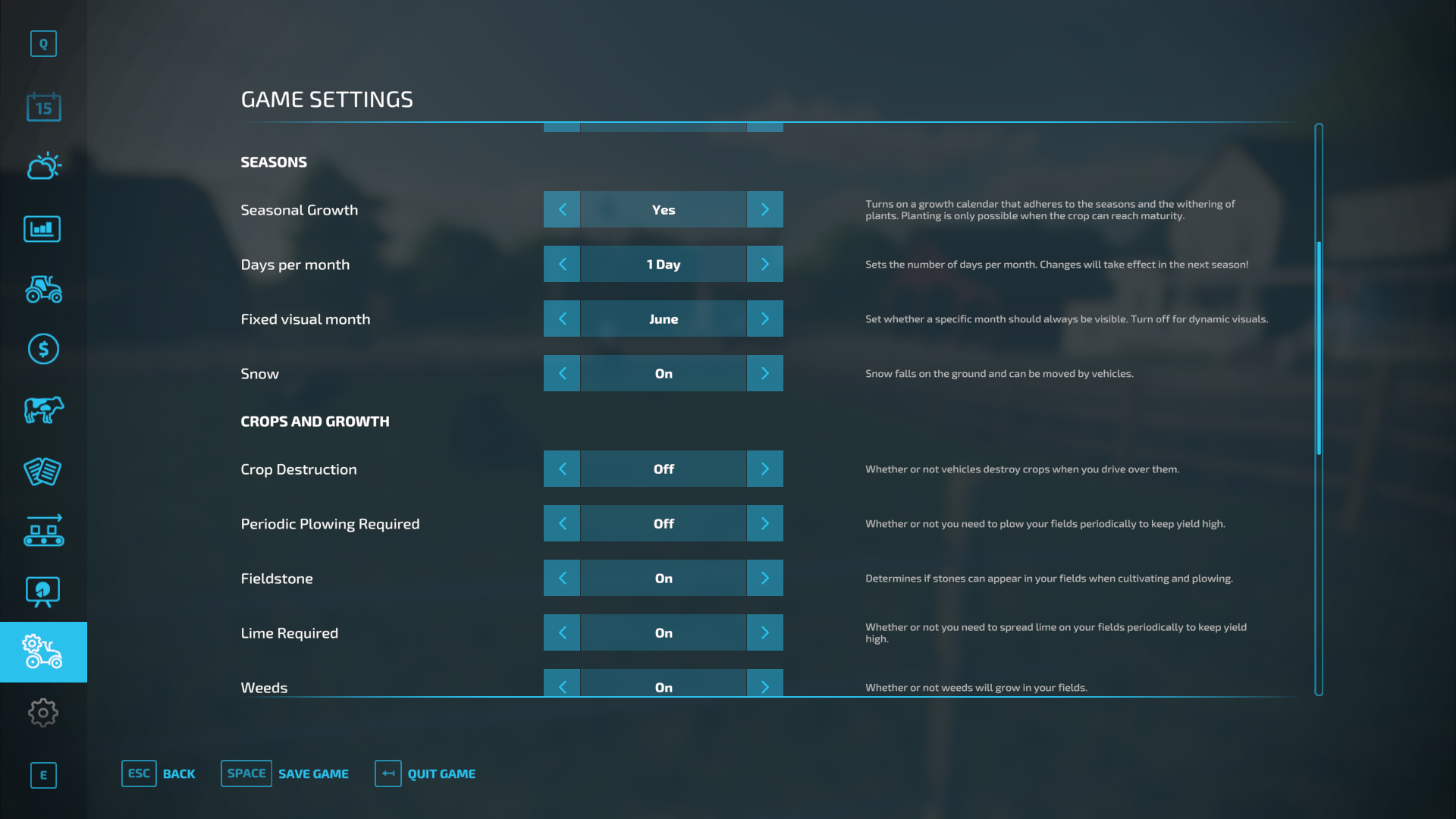 Let’s take a look at the game settings associated with seasonal cycles. You can change them anytime - but, keep in mind: changes might not take effect before the current season has ended.

Tip! Deactivate Seasonal Growth if you want a more simple experience in the beginning.

In the beginning, either use the default setting or crank it up to three days per month. Play around to find out what feels right for you, as the experience might change a lot based on the duration of a month.

Tip! Many people feel comfortable with 3 days per month while running the game at x5 speed. You can change the speed anytime between x05 and x120.

The more familiar you are with farming, the easier it will be for you to play with longer months. When starting out, you might encounter downtimes otherwise - since your account balance doesn’t allow buying additional machines, animal pens and other elements to add to your duties filling the time.

Tip! If you have downtime, try using the sleep functionality or increase the timescale at which you play before changing the number of days in a month.

Fixed Visual Month is most interesting if you play with Seasonal Growth disabled and want a certain type of weather and feel all the time, like summer.

Snow will, of course, let it snow during winter if enabled. That also means, you need to deal with the snow itself by snow-ploughing and apply road salt to keep your roads clear. 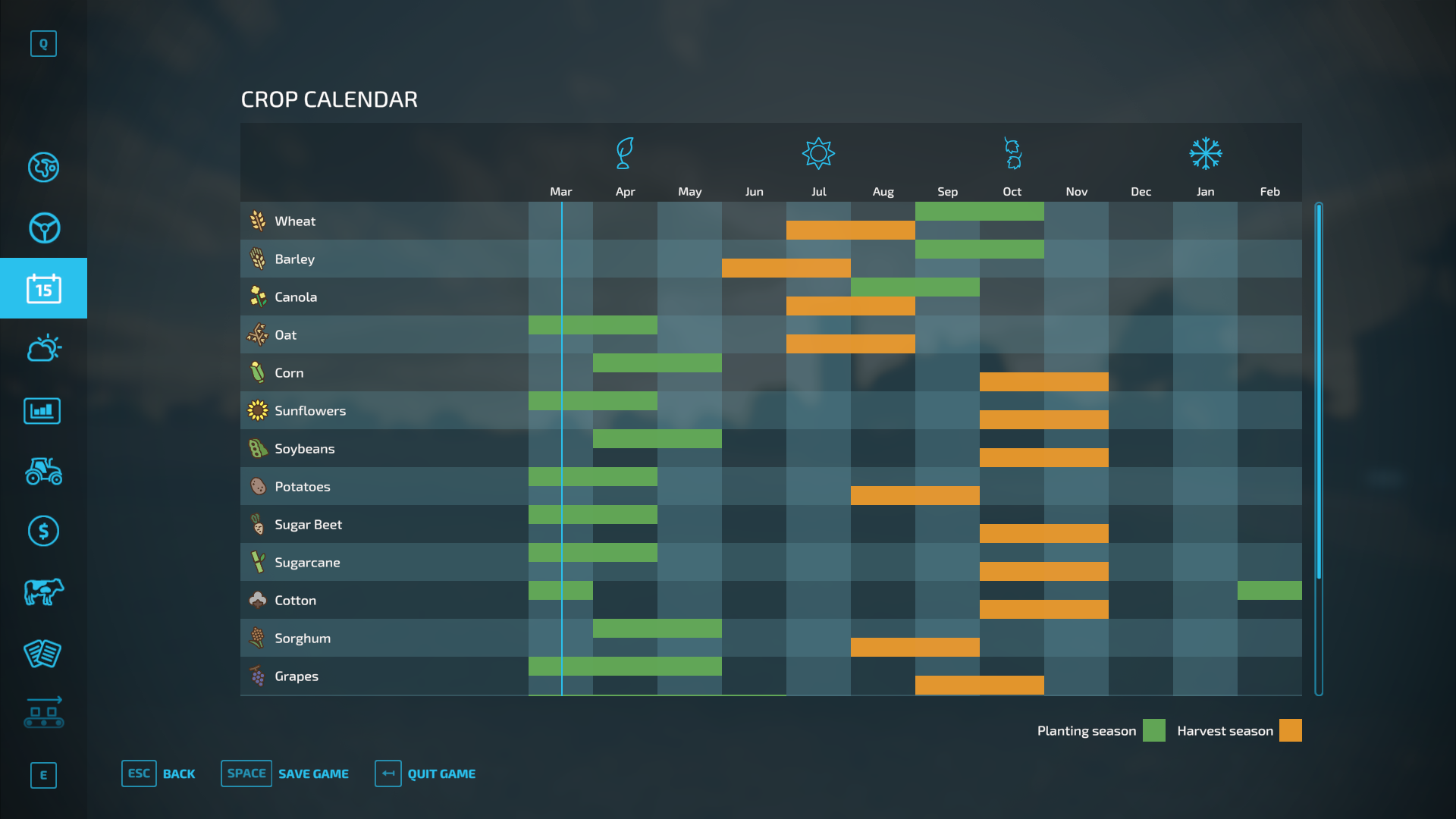 You can’t just sow any crop whenever you want. Each plant has individual requirements, and the calendar tells you when to sow and harvest each crop.

Look at wheat, for example. This classic grain crop is sown during September or October. It’s marked green on the crop calendar. It takes ten months to grow - and it will be ready to be harvested the following July or August - depending on when you planted it. If you don’t stick to the timeframe and harvest it before October, it will wither - and the crop is destroyed. So, plan ahead!

Congratulations, you finished another lesson and know how the four seasons influence farming. Stay with the Farming Simulator Academy, and you’ll become a top-notch virtual farmer in no time!

Let the good times grow on @xbox! Xbox players, what is your favorite new feature in Farming Simulator 22?… https://t.co/Ev6Ahd7lXM

We got to join Laura Farms, TheSquad & SpencerTV for a special event in early October. They got a chance to play an… https://t.co/E2KY90jMp6

Want to know when Farming Simulator 22 launches on your platform and timezone? We got you covered! https://t.co/VdZ6UTyQwi 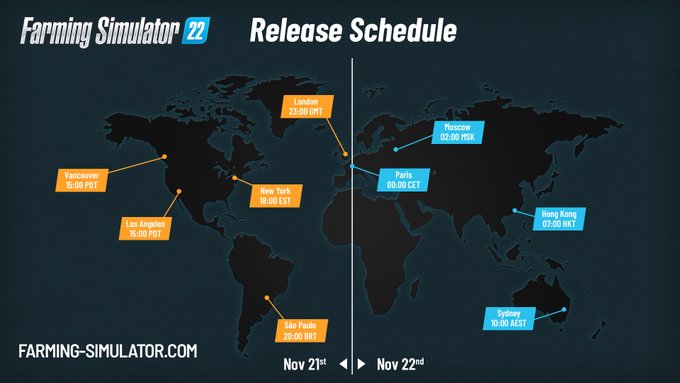 Let the good times grow on @xbox! Xbox players, what is your favorite new feature in Farming Simulator 22?… https://t.co/Ev6Ahd7lXM